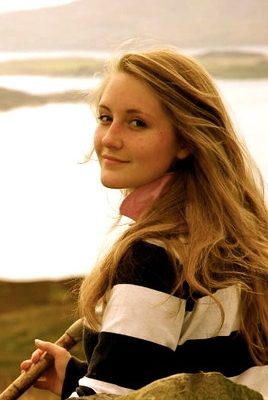 I have grown up hearing so many amazing stories about my Uncle Michael. Everyone who met him always commented on his amazing playing, his fantastic musicianship, his kindness and generosity, and his fun and wonderful spirit. It makes me quite envious that I was never old enough to get to know him properly. What I do know is that he was a fantastic uncle! I have so many memories of him and he featured so much in my early life. From piggy-back rides and big hugs to seeing him in pain towards the end of his life and putting my ‘little healing hands’, as he called them, on his head to try and make him feel better. He was always very gentle and loving. I’m glad I have my own memories of him as well as the kind words and wonderful stories from other people so that I know exactly the kind of man he was – a great man – and one that will never be forgotten and always celebrated.

Amelia Berridge graduated from university of York with a first class BA Hons in Music in 2012. Whist at University, Amelia sang with the University Choir, University Chamber Choir, the ‘24’ and as a soloist and consort singer with various ensembles including ‘The Ebor Singers’, ‘Yorkshire Bach Choir’, ‘Pezzettini’, ‘The National Youth Choir of Great Britain’, ‘Laudibus – The National Youth Chamber Choir of Great Britain’ and the ‘Reverie’ choir.

Since graduating, Amelia has moved to Paris where she now sings as a staff singer at the American Cathedral in Paris, as part of the ‘Ensemble William Byrd’ and as a guest soloist for ‘l’Ensemble Orchestral des hauts de seine’ directed by Laurent Brack amongst other singing engagements in both France and the UK.

In addition to her classical work Amelia has sung backing vocals for many artists including Colin Lloyd Tucker, Philip Rambo, Ian Hunter and most recently for Maggi Ronson. She is also a singer/song-writer herself.

As a singer, Amelia has been lucky enough to travel throughout Europe
and America and has featured on many recordings, including ‘Light and Gold’
with the ‘Eric Whitacre Singers’ – an award winning CD which has reached No.1
in US and UK classical charts. She has also been fortunate to work with many
prestigious conductors including Harry Christophers, Mike Brewer OBE and David Willcocks.