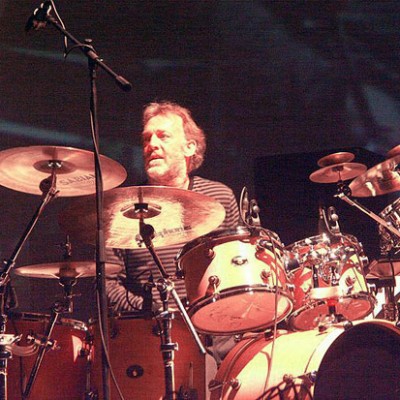 “Barriemore” Barlow (born 10 September 1949, Birmingham) is best known as the drummer and percussionist for the rock band Jethro Tull from May 1971 to June 1980.

Barriemore, or “Barrie”, was a member of the “The Blades”, joining in 1963 as a 14 year-old drummer. The band, an ancestral group to Tull, also included Ian Anderson, John Evan and Jeffrey Hammond.

After leaving Tull in 1980, he formed the short-lived “Tandoori Cassette” with Zal Cleminson, Charlie Tumahai, and Ronnie Leahy. Over the years, Barrie has played with Robert Plant, George Harrison, and Jimmy Page.

Barlow has a recording studio, The Doghouse, on his property in Shiplake, Oxfordshire, England where much of Sweet Dreamer was recorded.