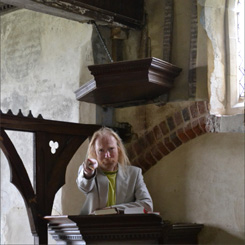 ColinLloyd Tucker – A very talented singer/songwriter and multi instrumentalist , engineer and record producer and more importantly my friend for many years.
Sweet Dreamer would never have seen the light of day if Colin was not there every step of the way, tirelessly making this happen. His love and support, time, talent and energy has been immeasurable and I am truly grateful.
He has made my dream come true…

Colin has been making and issuing his own music since the late 1970s, first as a member of minimalist electronic trio The Gadgets then as an occasional member of The The, an umbrella name for the work of fellow ex-Gadget Matt Johnson.

Other collaborations have included the ambient duo Deux Filles with Simon Tuner and Bushtucker with Paddy Bush. He has also provided vocals for Paddy’s sister Kate Bush.

Maggi Ronson was to join Colin on his 1980’s album Mind Box and has been a permanent contributor to his work ever since, providing harmony vocals.

Highlights of Colin’s solo career to date include the acclaimed single ‘Head’ and a string of sel-produced albums on his own ‘Samphire Records’ label.

Like so many of my generation (I was born late ’58) the music of David Bowie and Lou Reed provided an ‘other-worldly’ soundtrack to my youth. All those happy hours spent listening to David’s tales of alienation and Lou’s stories from New York’s dark underbelly fired the imaginations of so many of us teenage suburbanites.

It is easy to forget that, in the early 1970s, Bowie and Reed were not yet the global superstars we know today. Both had been around for some time and although highly respected had not, at that point, broken into the wider public consciousness.

Of course, all this changed big time with the issue of ground breaking albums such as Hunky Dory, Ziggy Stardust and Lou’s Transformer. A closer inspection of the packaging for these records revealed that there was a third, less trumpeted master at work here, Mick Ronson.

Sure, many of us knew Mick as the beautiful guitar hero whose soaring solos could lift the music to ever greater heights but those record sleeves informed us that he was also a great arranger and producer. As Lou Reed was to remark “Mick Ronson’s arrangements were killer.”

Mick had given both David and Lou the greatest gift of all: a beautiful, ornate frame for their wildest imaginings, effectively gift wrapping their work for us eager listeners.

Mick’s solo work offered yet more evidence of an innate musicality. Here was someone who instinctively understood how music worked and not just rock music…all music,

working on Sweet Dreamer I was constantly reminded of this.

I was already aware that Maggi possessed this same understanding and ‘ear’ for a song and it seems that her daughters Hanna and Amelia and Mick’s daughter Lisa have all inherited this wonderful talent…it must be ‘in the blood’.