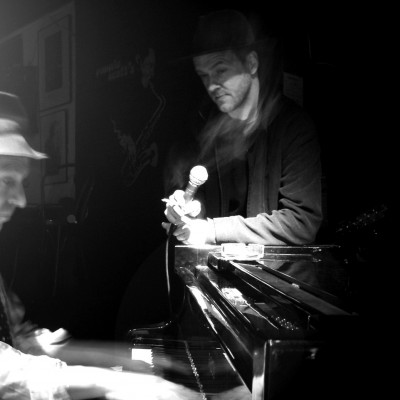 I first met Mick around 1990 at Wessex Studios, London; he was working on an album for Swedish duo EC2, which Mick had produced and played various instruments on. While mixing and overdubbing the album with him, Mick told me he was going to record a new solo album soon and asked me if I’d like to engineer it! Mick was a great guy, but I still took it with a pinch of salt, as, all through my band and engineering days, people would come up with offers like that, which, invariably came to nothing.

Not long after the EC2 album, I heard that Mick had cancer and, tragically,  was not given long to live. Then, some time later, I got a call from Ginger of The Wildhearts, who said, Mick was going to produce their debut album and would I like to engineer. I went to see The Wildhearts rehearse, and knew Mick was going to be there. I got there before him, thinking I would have to reintroduce myself. But, Mick walked straight in, smiled, and said,  “Hi Kev, how are you?”. Mick pulled up a chair to  watch the band play and sat right in front of Ginger. They played their hearts out for Mick and sounded great. They had so many time changes, stops and starts, that Mick kept looking at me with his mouth open. He was obviously impressed. Sadly, due to record company politics, Mick never got to produce The Wildhearts debut.

Around this time, I had a some joke  telephone answering machine messages from Ginger pretending to be David Lee Roth’s manager, asking if I wanted to do Dave’s next album!!! So, the night Mick phoned to ask if I wanted to record Heaven And Hull, I was a bit offish, thinking It was Ginger having another wind-up..! But, once he started talking about the EC2 album, I thought, “Sh*t  – it’s really him!”.

During a break in recording Heaven And Hull, I was recording the Wildhearts debut. Ginger asked me if I would call Mick to see if he’d play a guitar solo on ‘My Baby Is A Headf**k’.  Mick said, “Yeah”, and, I think, came that very day. When thanked for playing on their album, Mick’s gracious response was, ”Thank you for letting me play”.

On the very last day I worked with Mick, he was pleased, because someone had phoned him to say they had some of his guitars and amps in storage that he’d forgotten about. He told me how cool it will be to have those guitars for his next tour and solo album…

Working with Mick at Maison Rouge studios was one of the happiest and saddest times of my life. Mick was a trouper while recording Heaven And Hull; always funny, always smiling, and always hiding the pain.

I thank Mick for giving me the chance to record with him, even though the record company, Sony, wanted to know why he was using someone they’d had never heard of. Bless you, Mick Ronson.

Twenty years later, I find myself working with Maggi Ronson, and, once again, feel honoured to be associated with the Ronson name.