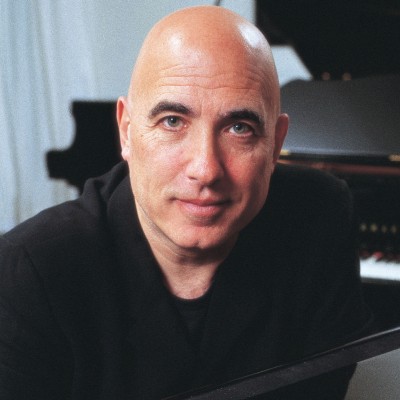 As everyone who knows Mick would say including me a warm man and phenomenal musician, unbelievable guitar player, great producer and an artists artist.

From Bach to Bowie, east coast to west coast, piano keyboards to computer keyboards, Mike Garson has worked to make the world a more creative, compassionate and compelling place. He remains a man of many talents and limitless inspiration. No artistic medium is off-limits to this avant-garde individual to whom the word “no” is quickly transformed into the word “now.”
Mike is perhaps best known for his relationship with David Bowie, which began after he played only eight bars for Mick Ronson in late 1971. He was then asked to join David Bowie’s first North American tour and the rest is history. In the 40 years since, Mike has made his mark on numerous Bowie albums and has traveled thousands of miles on Bowie tours, including his 2003-2004 “A Reality Tour,” Bowie’s first world tour in 20 years. On November 17th 2006 Mike accompanied Bowie and Alisha Keys during a unique performance of “Changes” at an AIDS benefit in New York City.
“It is pointless to talk about his ability as a pianist. He is exceptional. However, there are very, very few musicians, let alone pianists, who naturally understand the movement and free thinking necessary to hurl themselves into experimental or traditional areas of music, sometimes, ironically, at the same time. Mike does this with such enthusiasm that it makes my heart glad just to be in the same room with him,” said Bowie about his relationship with Mike.

Embracing the idea of creative, spiritual and professional growth, Mike continues to explore new avenues through which he can use his multifaceted talents to provide healing, enjoyment and inspiration to people. To date, Mike has composed over 4000 pieces of music and touched countless people with his motivational music. According to Mike:
“If I am truly passionate about and love what I do, I believe that feeling can be transmitted to and inspire the people who receive my art.”