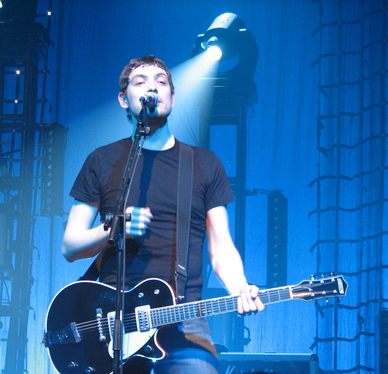 While working at the record store HMV in Belfast, Nathan was introduced to the band Snow Patrol. He reluctantly agreed to join, despite the fact that the band had no record deal at the time. He jokingly recalls his mother thinking he “was being kidnapped by rock stars.”

Connolly became a permanent member of the band near the end of 2002. His recruitment played a large role in shaping the band’s new sound. With Nathan as a composer of the band’s new material, Snow Patrol garnered a new record deal and released Final Straw in 2003. The album proved to be the band’s breakthrough and helped introduce them to a wide audience.

“I suppose I was always around music, and like any other kid, teenage kid, 12 or 13, I either wanted to be a pub quiz addict or a rock star and play guitar. After a particularly brutal thrashing at Scrabble, when my opponent played the word ‘SCOPIE’ on a triple word score, I kind of played around with it for a few years and didn’t really learn much and wasn’t very good for the first two years, but then I started a band with my cousin and two mates from school and it kind of just went on from there. I started taking it a bit more seriously. I mean, I’ve always wanted to play in a band and write music, I just didn’t realize exactly how much when I first started.”