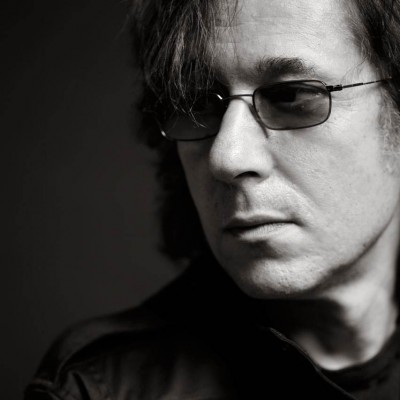 It’s hard to put into words, the experience of seeing Bowie / Ronson and Ferry / Eno for the first time on tv.  Against the backdrop of a grim early 70’s UK and a plethora of bearded “bloke” bands, this was like a colourful glimpse into a possible future.

I was a huge Bowie / Roxy fan of course and equally interested to follow Mick’s career with his solo albums and even traveled to the East End of London for the first time to see him perform with Ian Hunter.

Though my own musical influence and inspiration was to come from Brian Eno, as I became  more established as a professional musician, I grew fascinated by the recording process. How great albums were made.  I delved into these recordings forensically and started to appreciate the music in a different way than maybe a young fan would.

At this point I began to realize to what extent Mick Ronson contributed to these records.

I suspect Bowie relied quite heavily on his arrangements and musical knowledge.

But not just Bowie. One of my favorite albums at that time was Lou Reed’s “Transformer” which Mick co produced, as well as playing piano and writing beautiful string arrangements.  He even got Lou Reed’s guitar in tune which must’ve been a first.

I sensed he might be a very humble and modest man and what little I’ve heard or read from others since then only serves to confirm that.

Some years ago I met Maggi, Suzy and their lovely families at an awards event that included a tribute to Mick.  Maggi has become a good friend and I guess I feel some connection because I lost my sister to cancer at a similar age. It’s tough.

I’m very happy to contribute in any small way to this event.

He came to prominence in the late 70’s and early 80’s as a member of the group Japan. Although initially perceived as a “hyped” band, Japan went on to record 5 studio albums culminating in the groundbreaking and critically acclaimed “Tin Drum” album which stayed in the UK charts for a year.

He is currently a member of the rock band Porcupine Tree which he joined in 1993.

The band recently enjoyed chart success on both sides of the Atlantic with their album “The Incident”, played sell out shows at Radio City NY and the Royal Albert Hall, London and received their 2nd Grammy Nominations.

Along with many other collaborative projects, Richard has made 2 solo albums “Things Buried” and “Stranger Inside”.

His latest work was released last year – “Not the Weapon but the Hand” an album with vocalist / lyricist Steve Hogarth.